After the starting gun, a group of duathletes were formed that competed in tandem, among them were Iván Raña and myself :),

In the mountain bike test, Raña lost positions, while I continued to lead the group. Although it was in the next segment, when I managed to squeeze the pace and dismantle my competitors to cross the finish line in first position!

A hug for everyone 🙂 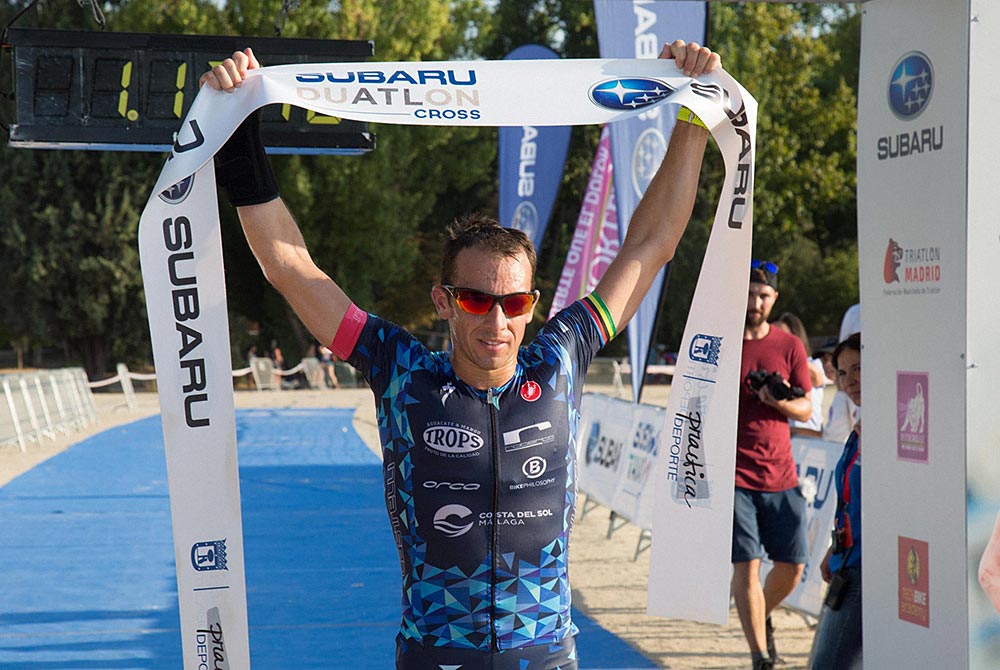