Rubén Ruzafa continues his unstoppable run of victories, now including the second ITU Cross Triathlon world championship of his career. The Spaniard, who faced the trial as title defender, endured a hard struggle to keep the rainbow jersey.

The ex-professional Mountain Biker has achieved another incredible victory. Having dedicated himself fully to cross triathlon in 2013 and achieved the ITU world sub-championship, he has become the man to beat.

“The circuits of the World Championship were not very technical this year. The mountain bike circuit had a lot of fast slope and there was a lot of sand in the footrace, almost 70% was along the beach”.

Ruzafa ran into difficulties with the swimming, receiving several knocks and swallowing water, leaving the water approximately 1’30” behind the main competitors. After the T1 he demonstrated his experience in the MTB World Cup, and once again he turned the competition round in the bike stage.

“After the first climb, I managed to overtake the riders in front of me, except for three, whom I caught up with before the end of the first round”.

Ruzafa got to the first T2 with a lead of 1’20” but he lost a lot of ground during the footrace. The racer behind him made him sweat, but the champion knew how to hold on to the victory by less than thirty seconds.

“It was very tough! I’m really happy and now it’s time to celebrate the world title and get prepared for the XTERRA World Championship in Maui”. 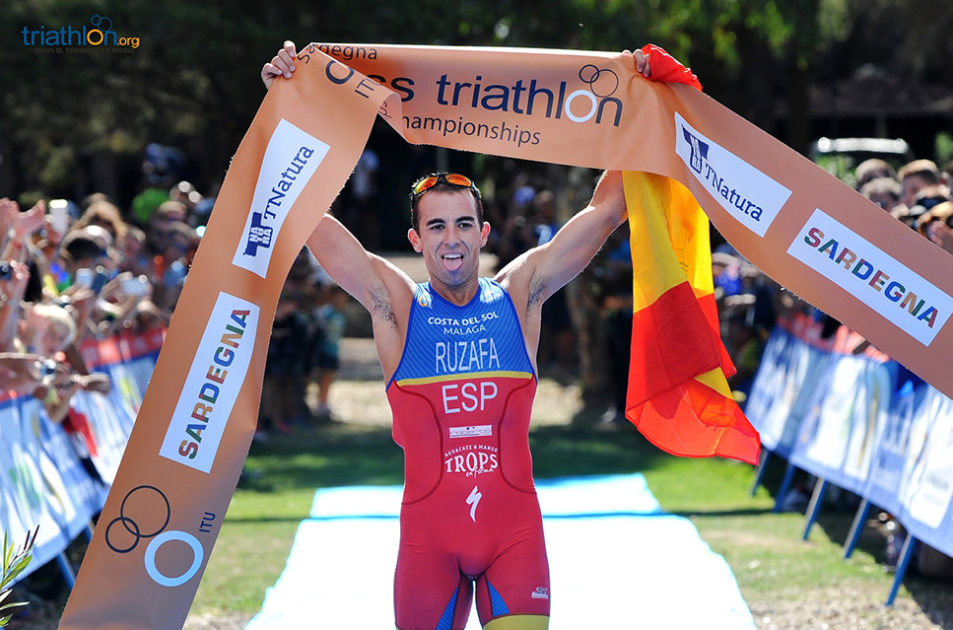 Galería
Rubén Ruzafa & Trops. The secret of a champion