30 years ago, the first man to conquer the double world crown of cross triathlon (model that substitutes the road cycling stage for mountain biking), was born in Rincón de la Victoria (Malaga). They called that boy Rubén Ruzafa and today he has achieved this milestone on becoming the ITU (International Triathlon Union) world champion in the German town of Zittau. A podium finish to be added to his victory last year in Maui (Hawaii), it is in the organizational scope of the XTerra (series contended the world over) and with it, he tops the record of a veritable legend like Javier Gómez Noya, while only the three titles taken by the Basque Eneko Llanos remain on the horizon. One thing is sure, this notch has been in his gun since 2008. With today’s victory, he becomes the first athlete in the world to achieve this double world crown.

It has not been at all easy for the man from Malaga. Triumphs have to be suffered and that achieved today in Germany is no exception. It looked almost impossible when Ruzafa got out of the water over two minutes behind the leader after the 1,500 metres he had to swim. But no sooner was he on the bike when everything changed. After the second stretch of the 36 kilometres to be covered on his bike, the then sub-champion of this model was already in the lead over two minutes ahead of the riders chasing behind. He had just gained an advantage of precisely 2:45 over the runner-up in the race, the North American Josiah Middaugh. An advantage he was able to manage in the foot race until he broke through the finish line with a final timing of 2h 34:33, 55 seconds ahead of the North American, who landed a silver while the New Zealander, Braden Currie, took the bronze.

Seventh straight victory in the seven trials disputed this year. What the Spanish mountain biker in the Beijing Olympic Games 2008 is now achieving is simply spectacular. Those were not good times and when he did not qualify for London 2012, he gave his career a U-turn and went on to the triathlon definitively. There is no doubt that he has come out on top with the change since, in addition to all these successes, Rubén Ruzafa is the current champion of Spain. 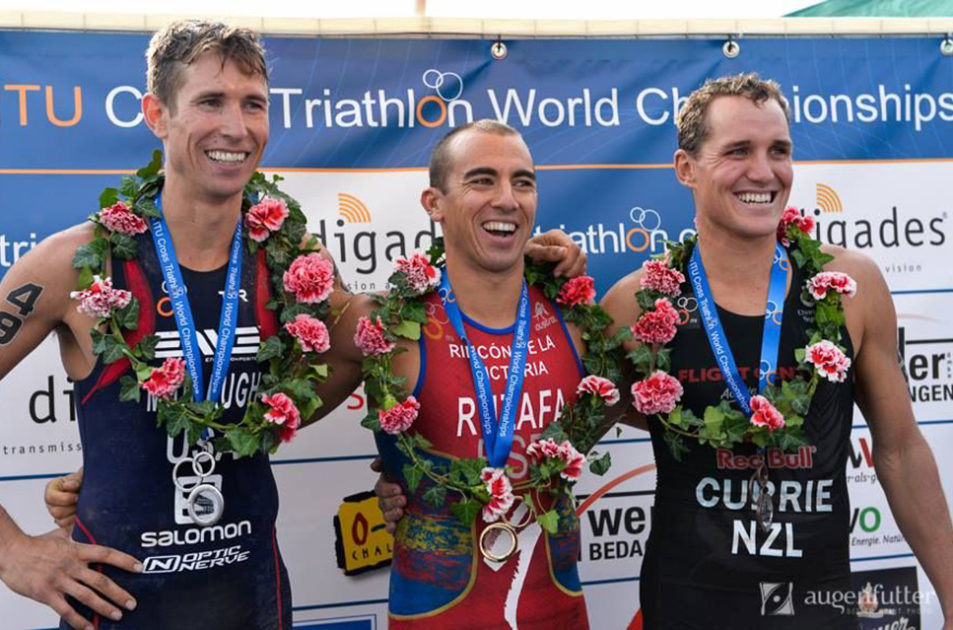