At the beginning, into the swim course, the New Zealand’s Sam Osborne and Frenchman Brice Daubord set the pace to lead out of the water and into T1. On the bike course, was Osborne, Daubord, Ruzafa and South Africa’s Bradley Weiss who worked together, but Ruzafa pushed hard and eventually broke away in the final stage of the bike course. This surge allowed him to open up a 2-minute gap on the field as he led the way onto the run. As the Spaniard raced out of T2, he ensure he was fixed in lead place to determined not to repeat last years result, where the title was snared from him in the final running course by Francisco Serrano. 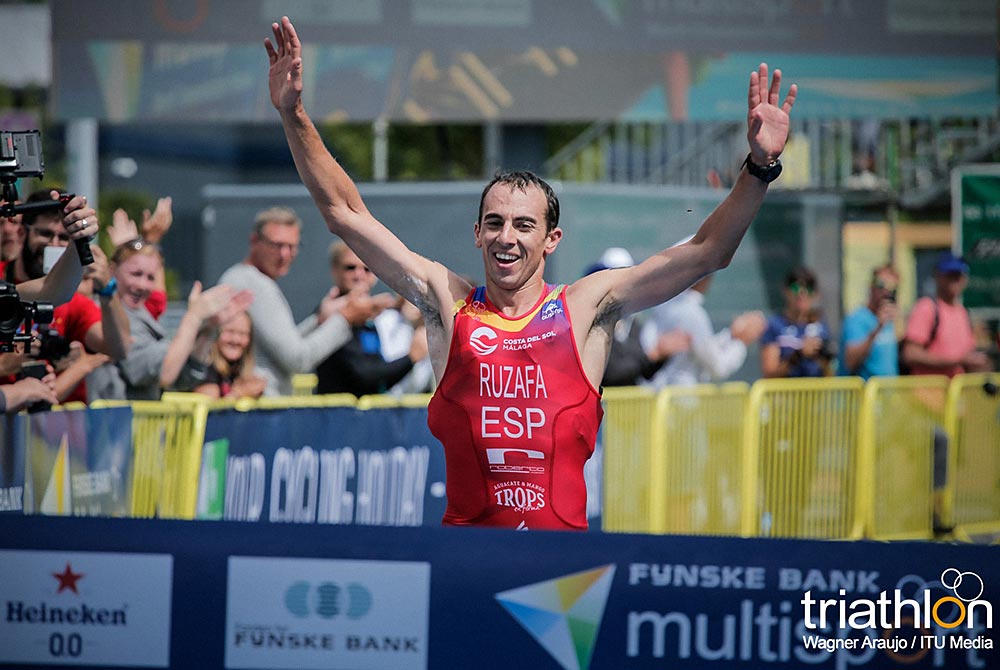