Silver medal for Rubén! Serrano earned his very first World Title in the men’s field after a huge comeback performance on the run drove him past the race-day leader and onto the blue carpet to grab the finisher’s tape. Joining him on the podium then was Spaniard Ruben Rufaza who finished with the silver.

While Rufaza was among the chase in the swim, he quickly hammered through the off road bike course and pulled ahead to become the race leader. As a three-time crown defender, it looked like he had the strength to go for his fourth consecutive title in Penticton. So when he made his way to the second transition, he had built a healthy lead of over 30 seconds from the chasers behind.

Serrano caught up to Rufaza and for the first-time in three years, ran past him and into the lead position. His final push paid off and he came in to the finish line to take the World Crown for the first time in his career.

Rufaza then was left to take the silver and the bronze went to Smith who broke away from Allen to get the final spot. 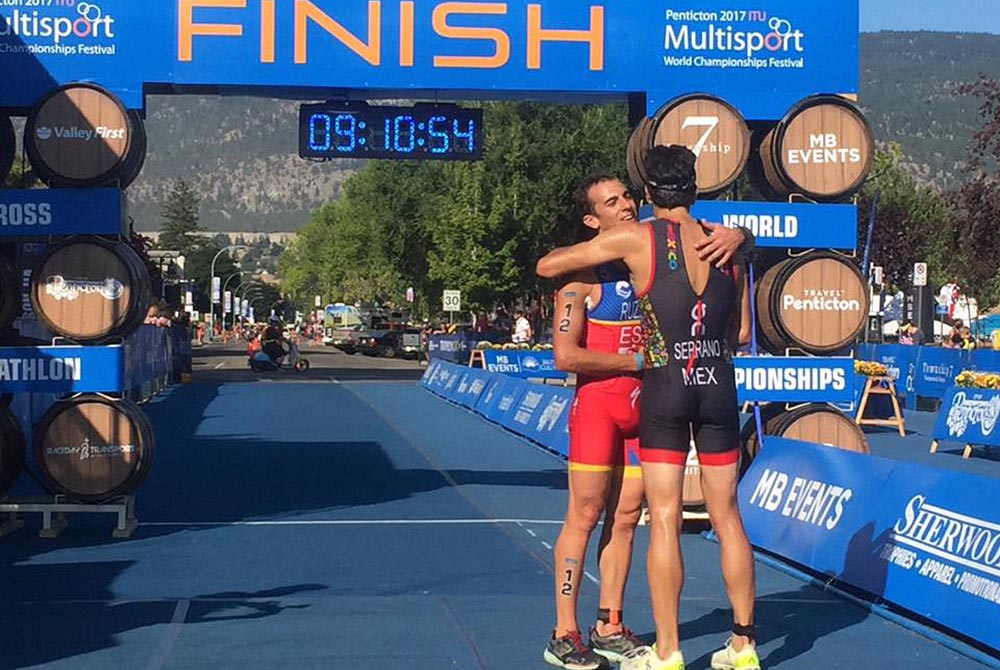