Above all, I apologize to everyone.

A week ago I managed to recover my best level in the X Terra Italy and I have not been able to tell you anything, but the life of this triathlete who writes you today also has family, training, updating my website, commitments with sponsors and although I would like My battery was inexhaustible, I also need some rest.

Yes, two weekends ago I met again with my best level after the X Terra France in which although I gave the maximum, “I slipped” on the podium by the minimum.

In Italy, the script was the best I could have written, with force, full of energy and with the ability to crush me thoroughly to reach the goal exhausted by the effort and not to fight the bad feelings.

The Italian X terra has really gone very well, without excessive mishaps and as I say, with one of those days in which I was able to give everything I had to win again!

In the water I had strength, good coordination and was attentive to everything. You already know that if the body works it is easier to be very concentrated.

I left the water well, just 30 seconds from Maxime Chané, which for me is one of the references at the start because he is a very good swimmer.

Even though I was not at all confident, I will not deny that the ghosts of the previous race were around me, I was afraid to find myself in the same situation of swimming well and lack of strength on the bike, not only because it is my best specialty, but because the Failure to be strong where you usually are, it sinks a little more than if you fail in the sport in the sport in which you know you are not so competitive.

I do not know if I can explain myself well, but I think it is something that happens to everyone else who least happens to us that if you do not “work” in the segment in which you think you can make more differences, psychologically it affects you more than the body No reply.

Well, whatever it is, it is not what happened on the hard tour of Italy, because as I got on the bike my legs and pulse were 100%, so I printed a strong rhythm from the beginning to see how far I was … honestly still with some suspicion for what happened two weeks before. It’s funny how it affects a specific crisis even if you have objectively done it all your life.

When I reached Maxime, I saw that he was going full and I knew that it was time to attack thoroughly so that I lost my visual reference as soon as possible and thus be able to gain the greatest possible advantage.

I arrived at T2 with 2 minutes compared to a Xavier Daflon who also came very strong by bike and is also a great runner on foot, so I had to give everything to get to the finish line first.

I was so involved in the race that although I was careful to hydrate well and feed myself in the race with gels, I was not entirely aware of the heat and hardness of the circuit … and I almost collapsed when I reached the finish line. Rarely have I taken so long to catch my breath after finishing a test.

In addition to the immense joy that always involves winning a top-level test, X Terra Italy has been a good test for Xterra Czech, where I go with a lot of motivation, with reinforced confidence and where we will gather the best to play the European Championship of Xterra 2019.

Here I will be again to tell you how it went 🙂

Millions of thanks to everyone for your encouragement and support. A hug friends. 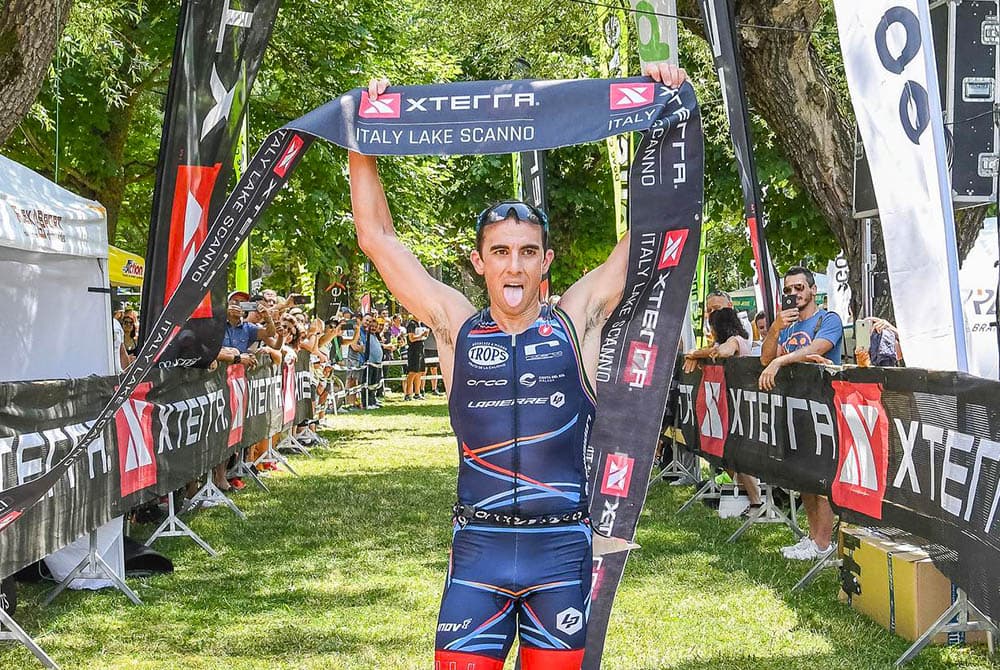