Maxim Chane  was first out of the Lake with a swim time of 17:48, followed by Ben Allen and Sam Osborne about 20” back, then Bradley Weiss, Lukas Kocar and Hannes Wolpert not far behind. Ruzafa was out of the water less than 2 minutes after Chane.

At the 10 km. mark on the mountain bike course Chane, Weiss & Osborne were riding together up front, while Ruzafa had made up a full-minute and was in fifth. “It was hard to recover after ITU Worlds in Denmark,” said Ruzafa.  “I just tried to push a hard during the swim so I wouldn’t be too far behind going into the bike. I continued to push hard at the beginning of the bike and took the lead halfway”. By the 19 km. point on the bike, Ruzafa had pulled into the lead and put 40” on the trio of Chane, Weiss & Osborne. At the end of the bike course, Ruben take a great advantage bigger than 2 minutes which that’s make good conditions to run alone on trail.

The final time for Ruben was 2:22:18, more than 3 minutes gap from second one. Congrats! 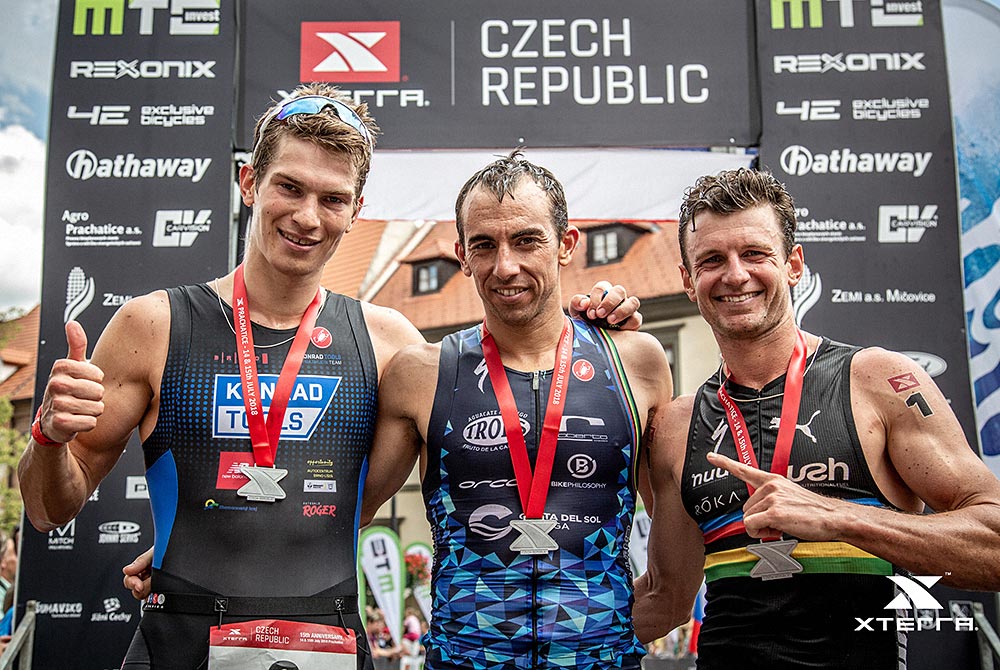