After the victory in XTerra Swiss 2016, becoming European Cross Triathlon ETU Champion, Ruben faced the challenge of the XTERRA France. The fact of having a week gap between the last race and this one has not been a handicap for the triathlete.

Ben Allen got out of the water first followed by the german Veit Honle, but Rubén got the first position during the cycling sector. He reached the T2 with 5 minutes ahead of the South African Bradley Weiss. In the running sector Ruben kept the distance and got the victory with 3 hours and 7 minutes, followed by Belgian Yeray Luxem (3h 12’50) and Weiss (3h 13’57). 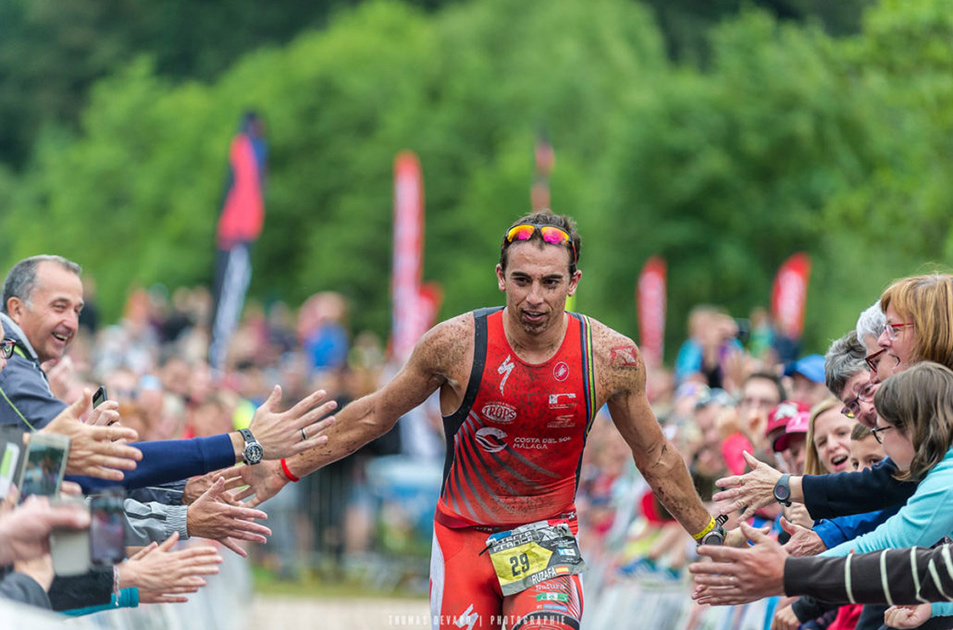