Ruben Ruzafa from Spain captured the title at XTERRA France Championship, at the Lac de Longemer in Xonrupt this afternoon.

The win is the sixth this year, for the three-time XTERRA World Champ Rubén Ruzafa.

Ruzafa’s win was not easy. He gained the lead on the first bike lap after a decent swim, but Sam Osborne would not go away. After Osborne, Bradley Weiss kept the Spanish Champion company and then Arthur Forissier took his turn challenging Ruzafa.  “I just kept my pace the whole race” said Ruben “the other guys would come up close but I did not attack.  I knew my limits and rode fast but did not want to get into a fight”.  As it turned out the others could get close but could not stay with him for long.  His bike was over 4 minutes faster than any other and he left T2 covered in mud with a healthy lead. 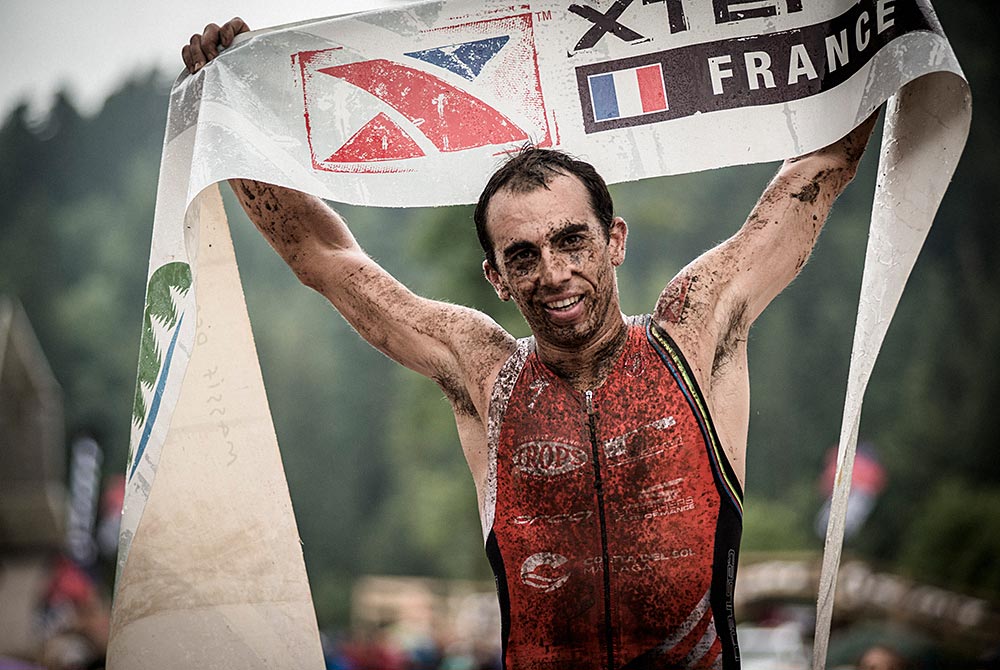