Ruben Ruzafa and Brigitta Poor [Hungary] captured the 12th annual XTERRA France off-road triathlon elite titles at the beautiful setting of Lac de Longemer in Xonrupt [France]. This win is the fifth in a row for Ruzafa in France and his second on the XTERRA European Tour this season.

Ruzafa exited the water only two minutes behind Roth and took the lead on the bike after just 8km of the first loop. At the end of that first loop Ruzafa was leading by more than two minutes, with Roth in second, followed by a pack including Chane, Carloni, Forissier, Weiss and Serrano.

Ruzafa’s incredible bike leg performance was more than four minutes faster than any other rider and he left T2 to start the run with a healthy lead. After the second loop of the run, Ruzafa had a very healthy 4:36 lead ahead of the others and by this stage, everybody knew who was going to be the winner of the day.

“I came here well prepared and I am glad that my training proved to be good,” said Ruzafa.  “I am very happy with my fifth win here at XTERRA France.” 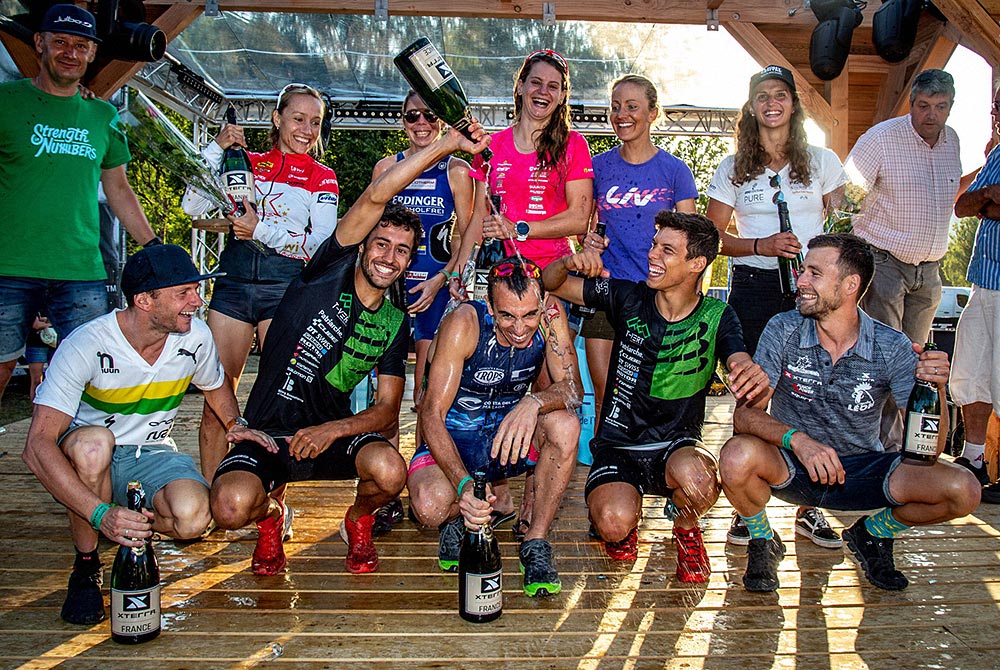