Ruzafa was runner up to Roger Serrano in Greece last year, today, the roles were reversed and Ruzafa took his first win in Athens.

At the start of the second lap Roger was off the stairs and on the dirt first with Ruben a very close second. But Jens Roth would not go away. He was still in the shadow of Roger while Ruzafa soon took a small lead – it was still anyone’s race.

Into T2 Ruzafa held the lead with Serrano 2nd and the pesky Jens Roth hanging tight to the Spaniard. But, Ruzafa had broken away but Roth and Serrano were tied together for the top three.

At the start of the death march hill on the second lap Ruzafa had a commanding 50 second lead for finally get the Greek Championship with a time of 02:17:34. 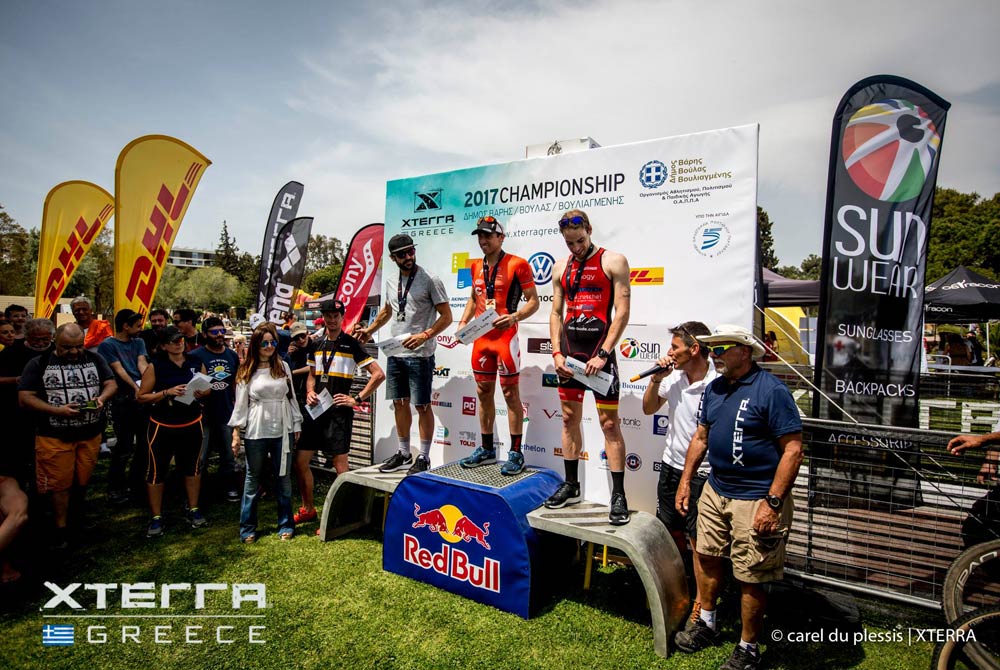