The morning was cloudy and cool, but dry.  The swim and first loop of the bike were actually warm and several bikers were shedding their jackets and sweating.  Ruben came out of the water with young German Peter Lehmann, Kristian Rod (NOR) and Anders Mortensen (DEN).  Ruzafa quickly asserted himself and started riding away.

Ruzafa was gracious as always.  He controlled himself and the race.  “I have many races coming up in the next weeks so I wanted to race, not just train. This is a very hard course so it was perfect for me”.

Ruzafa is now nearly 200 points ahead of Francois Carloni and just over 200 ahead of Xavier Dafflon. 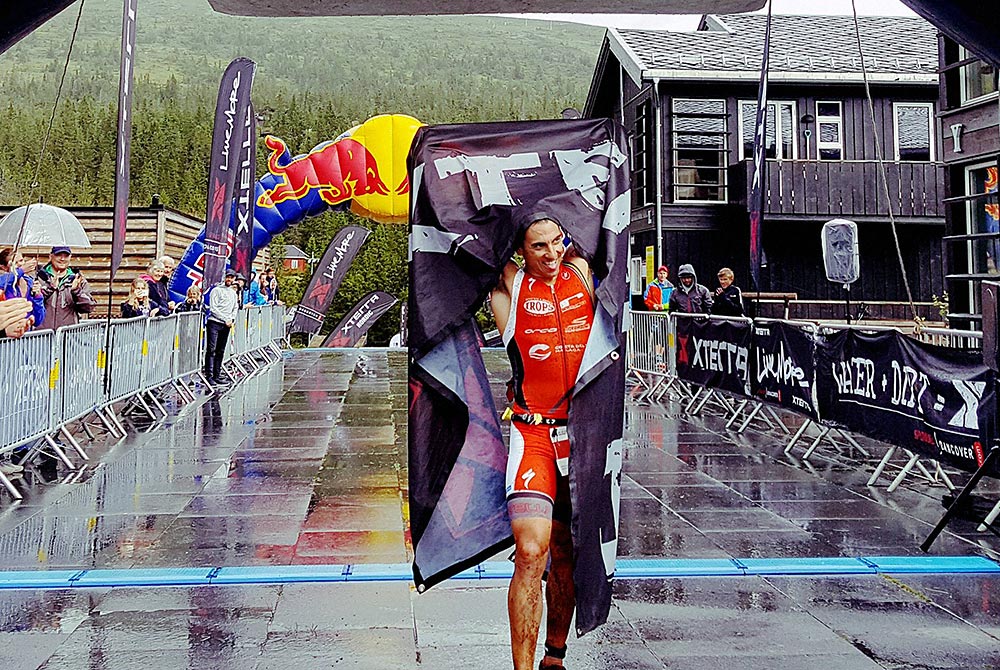