After swimming into T1, Tiago Maia from Portugal was first, he was followed by a group made up of Ander Lazkano, Peter Lehmann from Germany, Rui Dolores our local hero and defending champion Ruben Ruzafa.

After about 6km on the bike loop and before entering the technical and hilly sections, we saw a big group of athletes riding together. Ruben was the leading the train and we wondered who will dare to follow! At this point, Rui, Peter, Jose Estrangeiro and a few other Portugese athletes where trying to follow the powerful Spaniards.

It was in the middle of the bike loop, when the serious work started, Ruben put the hammer down quickly build a big lead. “In this race you need to feel the ground and the traction through the bike, it’s very technical and difficult to be fast here, that why I like this MTB course”. Behind him the the fight was on between Peter and Rui with Jose trying to catch them.

Finishing the bike, Ruben had a big 6’ lead on the Rui/Peter tandem. Enough time to win the race with a total time of 2:27:02. 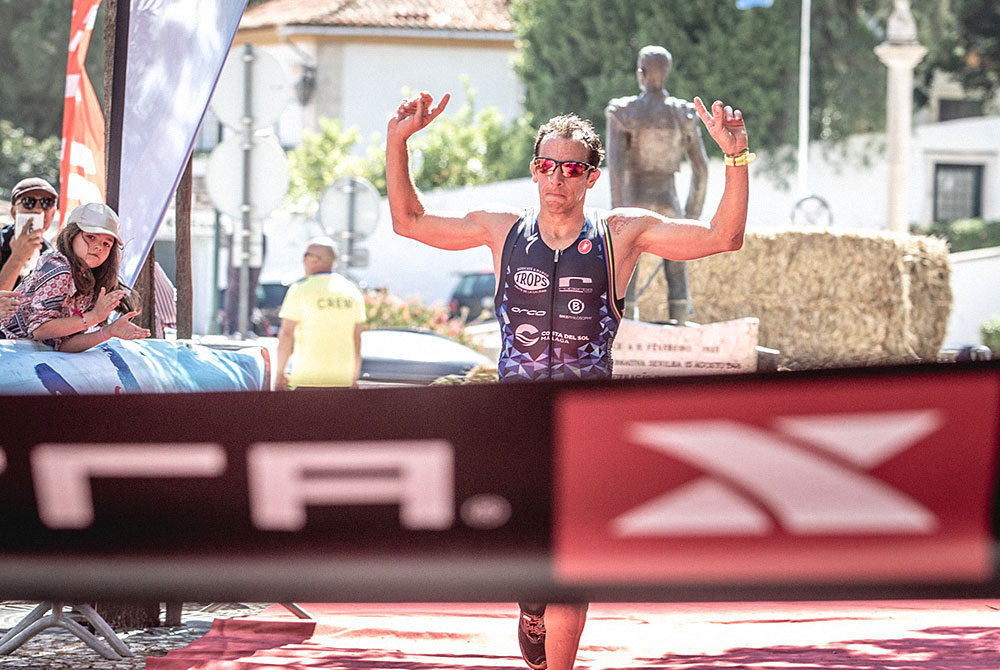