XTERRA Reunion Champion for second time in a row! Ruzafa’s winning time of 2:18:50 was more than two-minutes ahead of Frenchman Brice Daubord and four-minutes in front of 2015 Reunion Champ Bradley Weiss.

Daubord was first out of the water in 20:18 followed closely by Weiss then Ruzafa 38-seconds later. Daubord’s lead didn’t last long as the four-time champion of France’s cross-country triathlon championship suffered a brief mechanical issue, giving way to Ruzafa and Weiss.

From there, Ruzafa posted the fastest split of the day in 1:11:23, more than two-minutes quicker than Weiss, and took a lead into the run he would not relinquish.

Ruzafa’s lead grew to about 40-seconds on Weiss after a technical single-track section, and Ruzafa began the run with a two-minute lead. 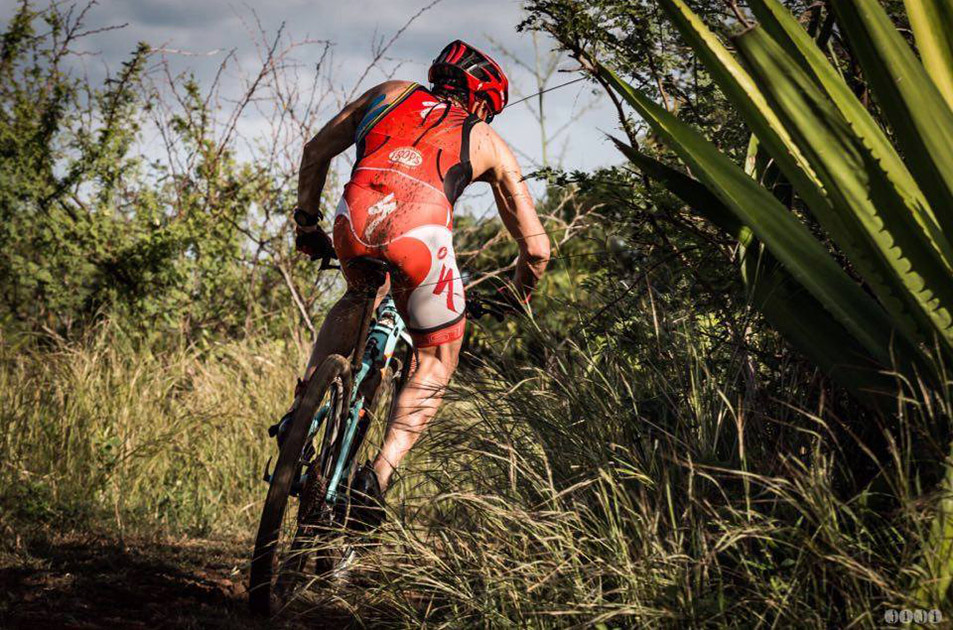