Ruben Ruzafa captured the elite title on a hot day at XTERRA Spain, on a new course in Tarragona.

Three-time XTERRA World Champion and two-time European Tour Champion Ruzafa won on his home turf today in 2:23:50, coming in five minutes ahead of runner up and fellow Spaniard Xavier Jove who finished in 2:29:09. Frenchman Arthur Serrieres was a close third in 2:29:52.

Ruzafa took the lead on the second lap of the bike course, and never looked back.

At the end of the first bike lap Ruben had complete control with Roth in second, and had about three minutes on second, but did not look confident.

“It was great,” said Ruzafa. “I had a good swim and I tried pushing the bike, and on the run, I tried keeping the gap. I’m really happy to win here in Spain. Now it’s time to enjoy.” 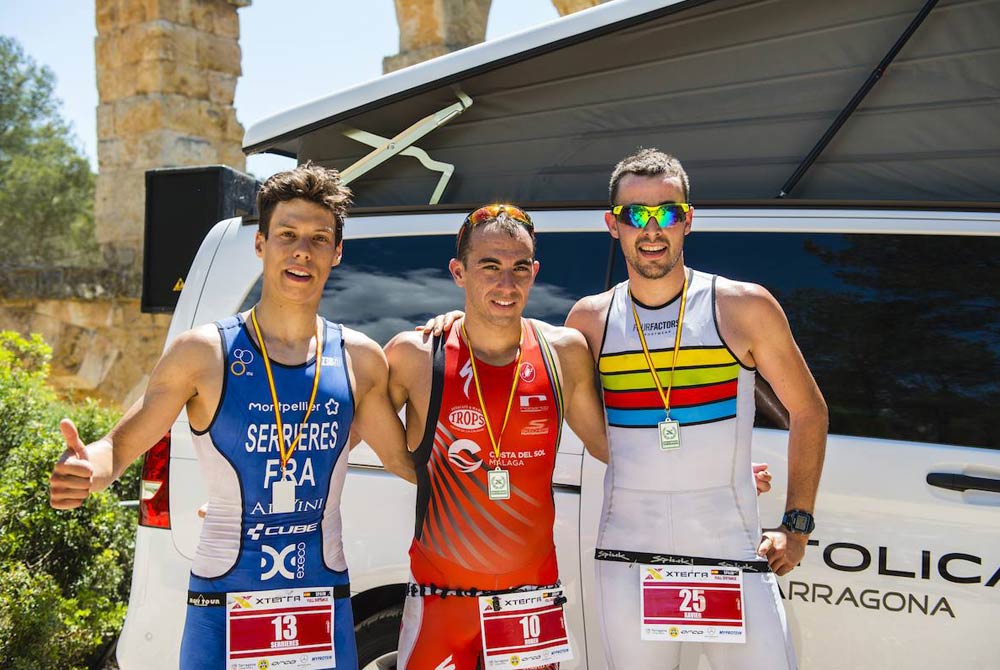