June 24, 2017 (Vallee de Joux) – Hannes Wolpert led from the swim with a huge pack behind him. The first 5K of the mountain bike was a full-on sprint.  At that point, Kiwi Sam Osborne led with Ruben Ruzafa closing in, Brad Weiss 3rd and then a gang fight after them. It was exciting stuff.

There is a small loop of 2K at the far end of the bike course.  It takes about three minutes to get around and return to where it started and by the time they returned Ruzafa had taken the lead.

“I had a bad stomach last week,” Ruzafa said. “I did not get a lot of training between my last event so I was worried about these guys. I am very happy with 2nd.”

Forissier passed Osborne, then caught Ruzafa to take the lead and the footrace was on.

“I had the perfect race,” said Forissier. “It was tough, though, and on the run every time I looked back Ruben was there and getting closer.” 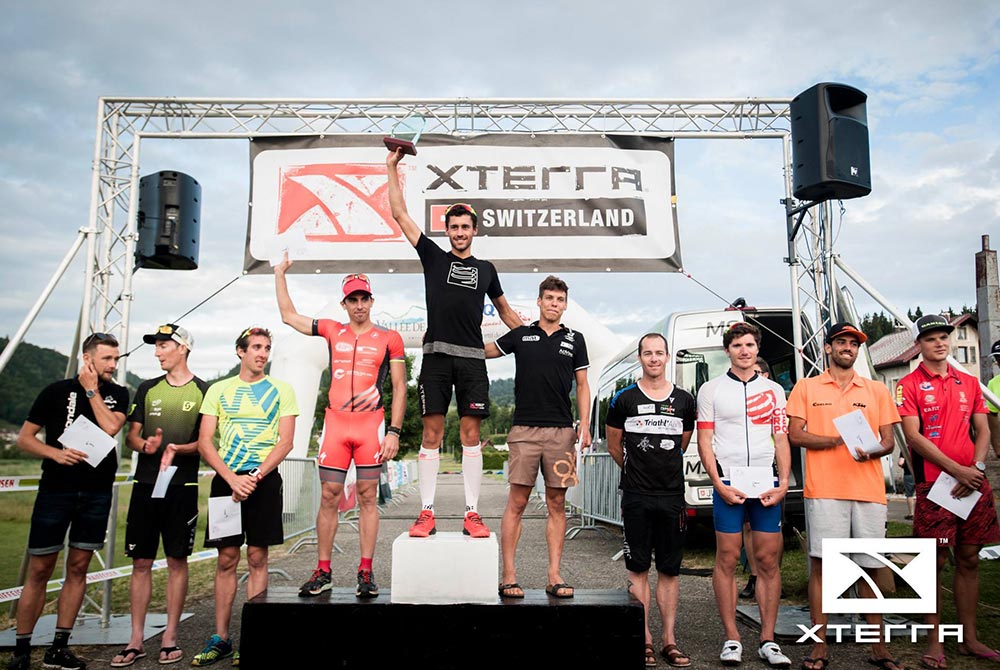